Chris Christie – not to be trusted

Posted on November 5, 2012 by mesasmiles

I’m categorizing this post under “Republican presidential candidates.” Not that Chris Christie is one, but it’s obvious he’s planning to be one in the future.

Mark Levin had this guy pegged long before I figured him out. He appeared to me at first to be a great fighter against bloated government and special interests. But Mark Levin noticed how Governor Christie was able to plant himself in so many stories, insisting that he was not a candidate for president. He found that self-serving and suspicious. He also let us know that Christie refused to join in the suit by 27 other Republican governors against Obamacare as well as declining to take positions on other issues that are dear to the conservative cause. 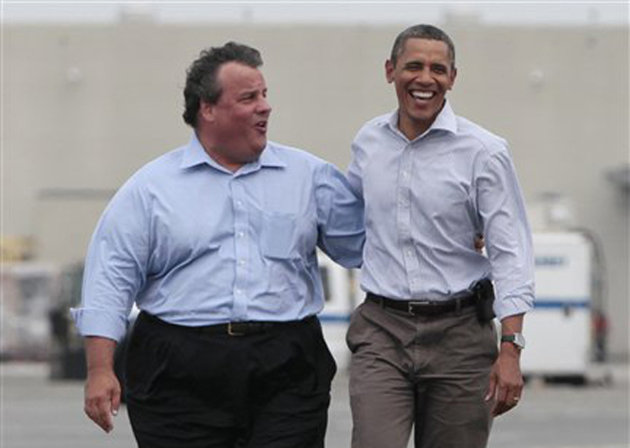 I like it when pretenders are exposed, and so I was glad to see how the hurricane Sandy thing worked out for Governor Christie. Last Wednesday, he was effusive in his praise of President Obama and what he had done for the storm victims. Not that he shouldn’t have been gracious and even grateful toward Obama. But not effusive. To those of us who have seen a lot of politics, it was clearly over-the-top and self-serving. And from the perspective of today, it was clearly more praise than Obama deserved. The government response was not all that effective. Obama was also his typical dismissive self – a lot of promises, and then he’s off campaigning and can’t be bothered. And agencies in the Obama administration are letting it be known that they are poised to put up roadblocks to rebuilding efforts. No, Christie was giving a gratuitous boost to Obama’s image, showing a disturbing tendency to be willing to sabotage the greater cause of conservatism for his own personal benefit. Again, gratitude was appropriate. The lavish praise, however, was not deserved and was certainly not necessary.

By Dr. David Hall. Dr. Hall runs Infinity Dental Web, a small company that does Internet marketing for dentists. He has had a long-standing interest in politics and as a college student toyed with the idea of a political career.
View all posts by mesasmiles →
This entry was posted in Republican Presidential Candidates and tagged Chris Christie, Hurricane Sandy, Mark Levin. Bookmark the permalink.

One Response to Chris Christie – not to be trusted