I have long wanted a forum to write essays about conservative politics. I have some thoughts that maybe you will find interesting, provocative, possibly insightful. Read through what I have here and see what you think. 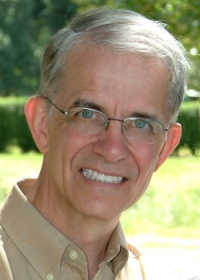 A History of My Conservative Political Involvements

My interest in politics was sparked early in my life by my mother. She was very interested in politics, and was a strong conservative who believed in the constitution. My father, interestingly, was a liberal and a Democrat. He was a union organizer and president, and while I was growing up was the organizer and first president of the Engineers Association, a labor union of engineers who worked for Sperry Rand Corporation on Long Island.

I became active in politics while in high school during the Barry Goldwater campaign. I organized a campaign group at Washburn High School in Minneapolis in 1964. Our school mascot was "The Millers," so I named the group "Millers for Goldwater-Miller."

We were deflated by the election results, but resolved to keep working. I had become acquainted with a young man named Terrel Miller, who was the Minnesota State Chairman of Young Americans for Freedom. He visited our group just after the election, and we decided to form a Minneapolis chapter of Y.A.F. We branched out and recruited high school students from other schools. One highlight of our activity was our fundraising activity and a subsequent booth at the Minnesota State Fair the summer of 1965. We sold American flags door-to-door and made quite a bit of money, and used it to pay the booth registration fee, and then manned that booth where we passed out conservative literature, sold books, and discussed politics with other fair visitors. We also organized a march in downtown Minneapolis in support of the War in Vietnam, and set up a public debate between me and the president of the University of Minnesota chapter of the Students for a Democratic Society on the subject of Vietnam. My mother was really worried about my going up in front of hundreds of people against a college kid, but I was a pretty good debater, was well researched, and I think I held my own.

The following summer, 1966, I actually worked as a paid organizer for Young Americans for Freedom. It was a project they called YAF Corps. I had a week's training in Lancaster, Pennsylvania, after which I went to work. I spent a good part of the first part of the summer raising money for YAF so that I could get paid. The rest of the time I worked on making contacts and organizing as many local chapters of the organization in Minnesota as I could.

The fall of 1966 I started college at Brigham Young University. I made contact with their YAF chapter when I got there, and was asked to chair the membership committee. The next spring I ran for chapter president and was elected. I served for two years. Partway into my first term, I was appointed by the national organization to be the Utah State Chairman for YAF. Then, in 1968 I decided to get involved in presidential politics and was asked to be Utah State Chairman of Youth for Nixon.

From 1969 to 1971 I served a mission in Spain for the Church of Jesus Christ of Latter-day Saints. I lost some of my zeal for political activity, but was involved in a few things. In 1975 I began dental school at the University of Minnesota. In 1976 I got involved with the Republican Party in Minneapolis, and ended up serving as a delegate to the Minnesota State Convention. In 1979 I moved to Iowa, and became involved there, and in 1980 I served as a delegate to the Republican Iowa State Convention. I also got involved there in the campaign to defeat the Iowa state Equal Rights Amendment, and organized a group that put some radio ads on the air that seemed to be quite effective.

I continued with a low level of activity, going to Iowa precinct caucuses, writing letters to the editor, and helping a candidate for the Iowa House. I moved to Colorado in 2003 and to Arizona in 2008.

In 2010, disturbed by the direction of national politics, I decided to increase my level of activity. I joined my local Tea Party, and began making donations to various political campaigns and making contact with candidates I felt I could help. I started a blog, Dump John McCain, that got some attention. Then, in July 2010, I launched this website.