Here are their results: 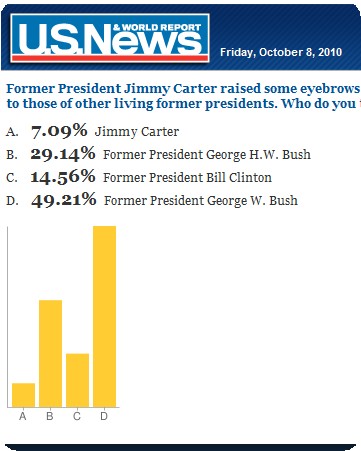 And this was on the website of the liberal US News & World Report!

By Dr. David Hall. Dr. Hall runs Infinity Dental Web, a small company that does Internet marketing for dentists. He has had a long-standing interest in politics and as a college student toyed with the idea of a political career.
View all posts by mesasmiles →
This entry was posted in Presidents and tagged Bill Clinton, George HW Bush, George W. Bush, Jimmy Carter. Bookmark the permalink.