The establishment media wants us scared and shut down

On Friday, Dr. Anthony Fauci, the Director of the National Institute of Allergy and Infectious Diseases, was interviewed on CNBC and made this interesting statement:

“We can’t stay locked down for such a considerable period of time that you might do irreparable damage and have unintended consequences including consequences for health. And it’s for that reason why the guidelines are being put forth so that the states and the cities can start to re-enter and re-open. So we are enthusiastic about re-opening. . . . I don’t want people to think that any of us feel that staying locked down for a prolonged period of time is the way to go. We had to do that when we had the explosion of cases, but now is the time, depending on where you are and what your situation is, is to begin seriously looking at re-opening the economy, re-opening the country, to try to get back to some degree of normal. I’m totally in favor of that.” 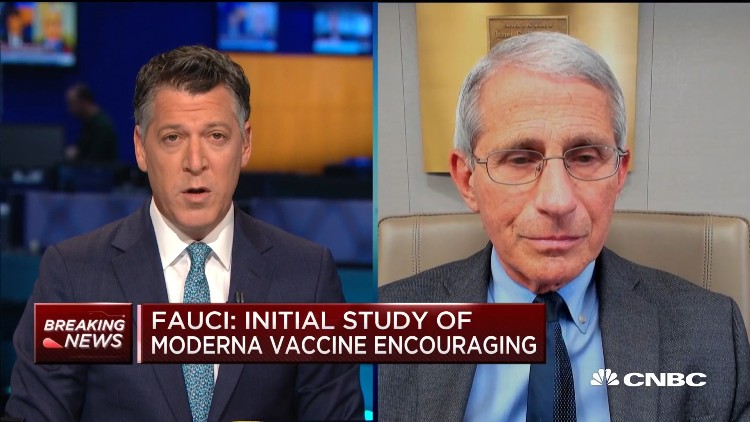 As I have searched through their websites, it is clear to me that the national establishment media has had an agenda of keeping the public scared and shut down. So I was curious to see how this interview was covered. Business Insider had an article about it, as did the Fox News website and a number of other websites. But after a diligent search, I was unable to find it on any of the liberal outlets: CNN, The Washington Post, MSNBC, NBC, ABC, The New York Times, or CBS. I am open to anyone who can tell me otherwise.

Some may say that Dr. Fauci has made a reversal of approach, but by my memory, this is consistent with what he was telling us at the beginning. He advocated for a closing down in order to “flatten the curve” so that we would avoid overwhelming resources in fighting this pandemic. Once that period was over, he said at the time, there would be no more need for closing down everything.

These news outlets claim to want to follow the science, but it looks to me like that is only a talking point of theirs. A thorough covering of the science on this coronavirus pandemic would include all of the prominent epidemiologists who have been critical of the broad shut-down strategy that has been followed. These epidemiologists have argued for a policy of protecting the most vulnerable while allowing the bulk of the population to develop herd immunity. In particular, they have protested energetically the closing of schools, which has put young people back in places where they could contribute to infecting people at home who might be among those who are particularly vulnerable.

By Dr. David Hall. Dr. Hall runs Infinity Dental Web, a small company that does Internet marketing for dentists. He has had a long-standing interest in politics and as a college student toyed with the idea of a political career.
View all posts by mesasmiles →
This entry was posted in Media and tagged ABC, Anthony Fauci, Business Insider, CBS, CNBC, CNN, coronavirus, establishment media, Fox News, NBC, New York Times, pandemic, Washington Post. Bookmark the permalink.